Here are two of the best albums by these Santa Rosa instro surfers influenced by Dick Dale, The Ventures and some modern stuff as Slacktone. Kinda stupid cover art but some real cool surfin’ tunes you can find anyway, Dig! 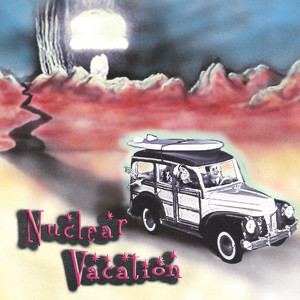